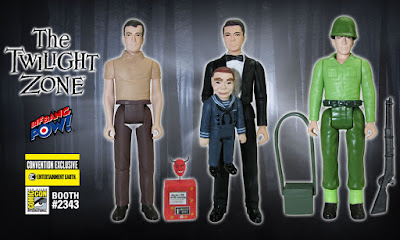 Designed similar to the action figures released in the '70s, each retro-styled color figure features 5 points of articulation (neck, shoulders, and hips) and showcases a classic character with episode-specific accessories. Each convention exclusive action figure is a limited edition of only 672 pieces - with each piece in the run individually numbered on a holographic sticker.

The Twilight Zone Jerry and Willie 3 3/4-Inch Action Figure In Color - Convention Exclusive pays homage to The Twilight Zone episode "The Dummy". This rare figure of the persecuted ventriloquist appropriately comes with his deranged dummy - which also includes 5 points of articulation. But that's not all… Willie also features a hand slot in the back, so you can pose Jerry and Willie together! 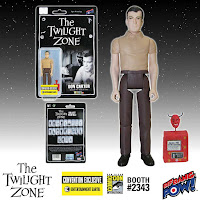 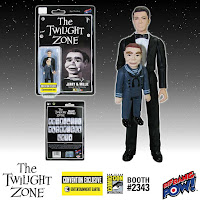 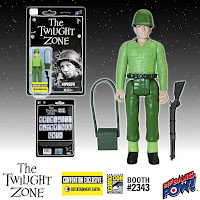 Available for the first time on July 20, 2016 at the Entertainment Earth booth #2343 at San Diego Comic-Con, fans attending the show will have the earliest opportunity to score these individually numbered and limited edition exclusives!


TM & © 2016 A CBS Company. THE TWILIGHT ZONE and TELEVISION CITY and related marks are trademarks of A CBS Company. All Rights Reserved.
action figures The Twilight Zone