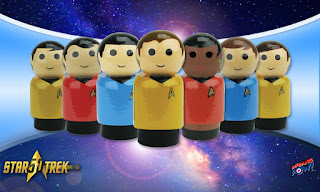 Explore the final frontier with seven Star Trek characters that began it all, reimagined as highly collectible, one-of-a-kind miniature wooden figures. Measuring about 2-inches tall, each wooden figure is individually numbered within its series and features 360-degree artwork that is hand-painted and includes some decal elements. Each figure is numbered on the bottom as well as on the packaging: Captain James T. Kirk is number 1, First Officer Spock is number 2, Commander Uhura is number 3, Chief Engineer Montgomery “Scotty” Scott is number 4, Dr. Leonard “Bones” McCoy is number 5, Lieutenant Hikaru Sulu is number 6, and Ensign Chekov is number 7.

Arriving in summer 2016, these Star Trek: The Original Series figures will ship in time to celebrate 50 years of boldly going where no one has gone before. So what are you waiting for? Pre-order now and be among the first to beam these must-haves into your collection! 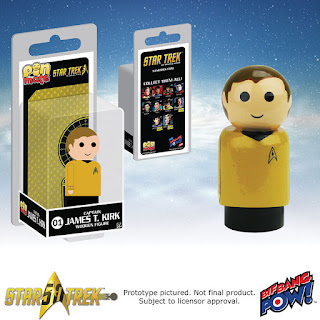 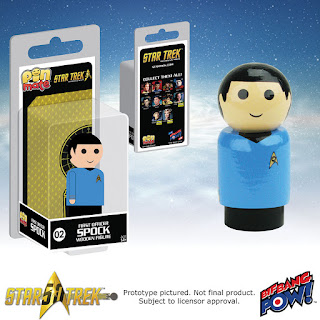 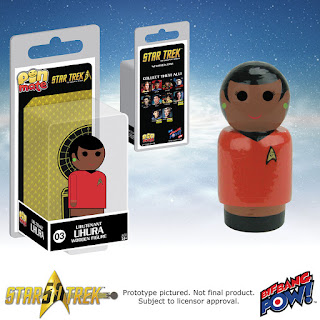 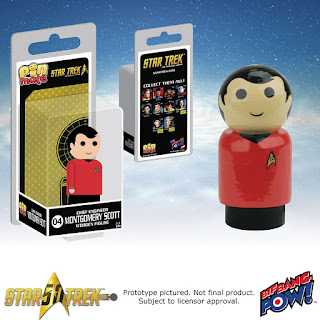 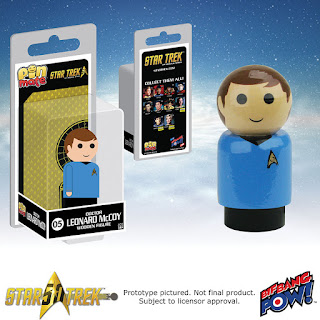 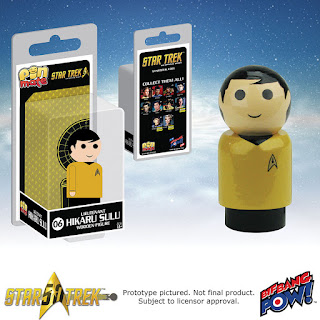 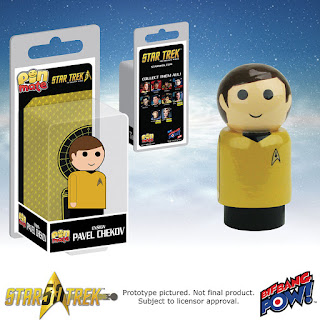