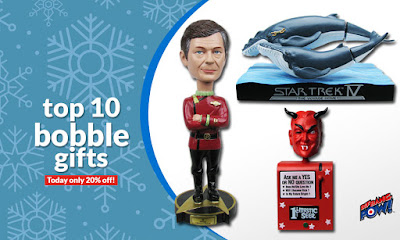 Black Friday: Check. Small Business Saturday: Check. Cyber Monday: Check. But wait! There are more sales and great gifts still to be had!

Nod, bounce, and bob your way into December gift shopping and savings with our Bif Bang Pow! Top 10 Bobble Gifts—in stock today at EntertainmentEarth.com. Our hand-crafted Top 10 list features a wide range of characters, from TV's funniest to some of the most mysterious, and for one day only (December 1), you can save an additional 20%! Plus for a limited-time only, Entertainment Earth is offering FREE SHIPPING on any in-stock orders $49+. 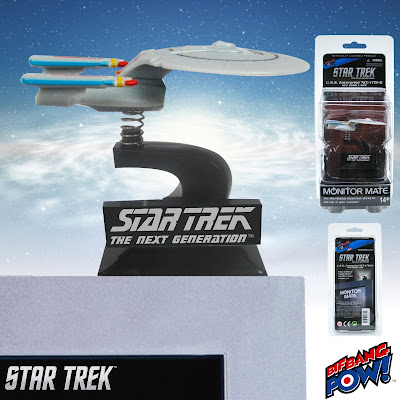 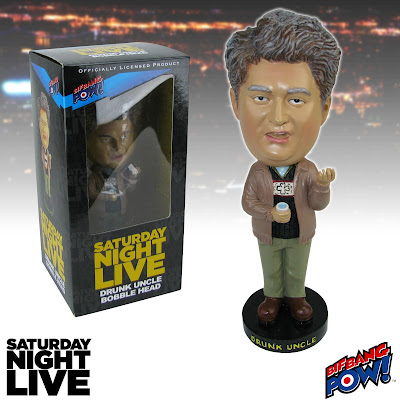 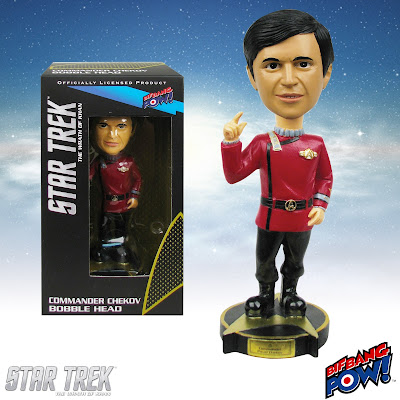 7) Saturday Night Live Seth Meyers Weekend Update Bobble Head - Convention Exclusive
The longtime head writer of Saturday Night Live, news parody "Weekend Update" anchor, and late night TV staple is here to bring you the news of the day. Ask him anything, and he'll nod his head enthusiastically! Featuring a fun likeness, the 7-inch scale resin bobble head spotlights Seth in a suit with a white shirt and red tie, behind a wood-grain textured desk featuring the words "Weekend Update" and "Saturday Night Live." It even looks like he's sitting in his black chair at the SNL set-inspired desk when viewed from the back! Limited edition of just 800 pieces. 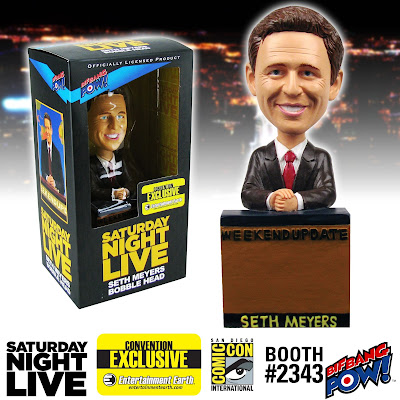 6) Star Trek: The Original Series Enterprise Monitor Mate Bobble Ship
How would you like to have the U.S.S. Enterprise NCC-1701 sitting right there next to you? You can when you order the out-of-this-world Star Trek Original Series Enterprise Monitor Mate! Crafted of PVC plastic, this TOS starship mini bobble head from Bif Bang Pow! measures about 2 5/8-inches long x 2 1/4-inches tall (including the logo base) and features a non-damaging adhesive pad that sticks it to your computer monitor or any smooth, even surface. Dock it in your home today! 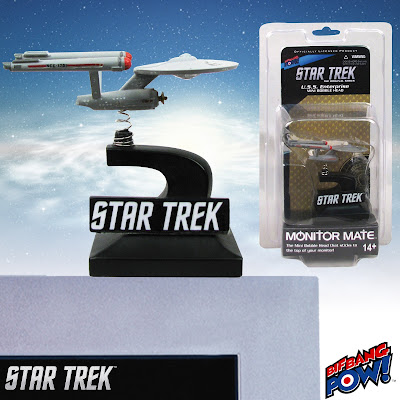 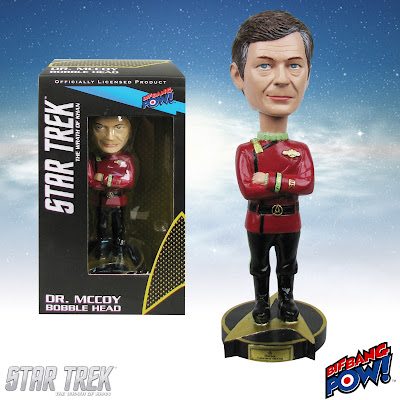 4) Twilight Zone Mystic Seer Monitor Mate Bobble Head - Red
Ask him a yes or no question, and look into the future... with the all-red Mystic Seer! Based on the classic 1960 The Twilight Zone episode "Nick of Time" that starred William Shatner. This excellently detailed miniature Mystic Seer Bobble Head is made of PVC plastic, measures about 4-inches tall, and features a non-damaging adhesive pad that sticks him to your computer monitor or any smooth, even surface. 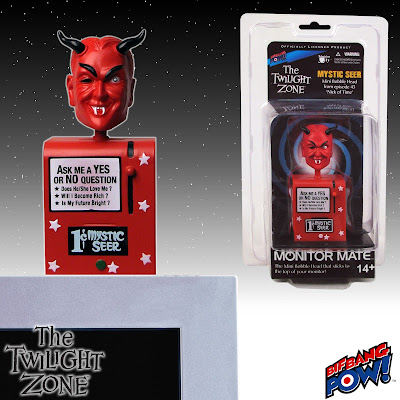 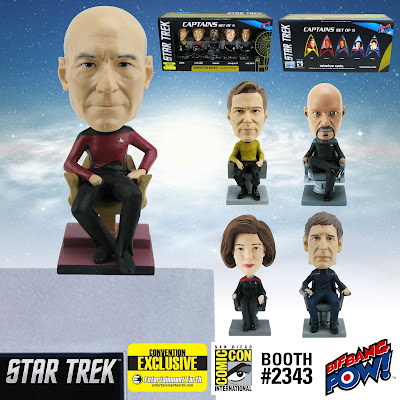 2) Saturday Night Live The Ambiguously Gay Duo Car Bobble Head - Convention Exclusive
The way Ace and Gary see it, if you’re going to build an Ambiguously Gay Duo car, why not do it with some style? Direct from the hilarious Saturday Night Live cartoon “The Ambiguously Gay Duo,” comes this premium bobble head featuring Ace and Gary driving their infamous "Duo" roadster shaped like a… errr, rocket. This limited edition Entertainment Earth convention exclusive measures 7-inches long x 4-inches tall. With a production run of only 1,500 pieces this crime fighting Duo won't be around forever. Recommended for mature collectors. Ages 18 and up. 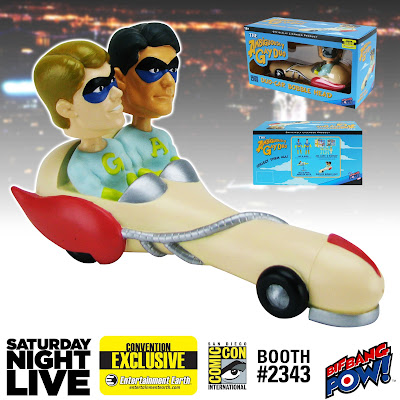 1) Star Trek IV: Whales with Spock Bobble Head - Convention Exclusive
Presenting the only logical way to fit humpback whales in your collection: Star Trek IV: Whales with Spock Bobble Head by Bif Bang Pow!. The finely detailed collectible shows a pint-sized Spock swimming with two humpback whales as featured in the motion picture, Star Trek IV: The Voyage Home. What makes this bobble so unique is the fact the tail of each whale bobbles instead of the head. This Convention Exclusive measures approximately 2.5” tall x 4.5” wide x 2.75” deep with each limited-run piece individually numbered--making it a true Star Trek collectible. Ages 14 and up. 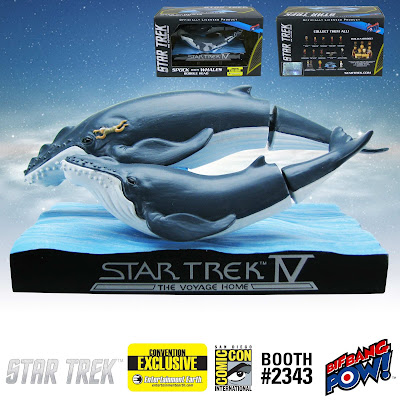