The Doctor is In at the Entertainment Earth Booth #2343 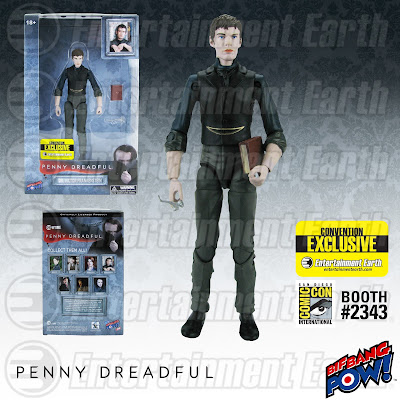 As far as doctors are concerned, Victor Frankenstein probably wouldn’t be your first choice for a weekly checkup. As an addition to your Penny Dreadful collection, however, this Penny Dreadful Frankenstein 6-Inch Action Figure - Convention Exclusive from Bif Bang Pow! will provide the prescription for what ails you.

The finely detailed figure features the “not so mad-scientist” wearing slacks and a long sleeve blue shirt which is visible through his black sleeveless vest. This first ever 6-inch figure of the popular Penny Dreadful character features a whopping 18 points of articulation and includes the young doctor’s infamous sketchbook and surgical scissors as accessories. With a production run of only 2,800 pieces, collectors will want to grab this individually numbered and limited edition Entertainment Earth convention exclusive before it’s gone forever!