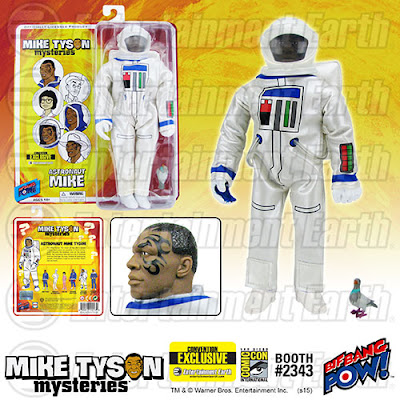 Whether it’s on Earth or the vast reaches of space, there is only one man (and Pigeon) who can solve the mysteries of the universe. Now collectors can add the figure of the man to their collection with the MIKE TYSON MYSTERIES™ Mike Tyson Astronaut 8-Inch Action Figure thanks to Bif Bang Pow!.

Stay tuned to Entertainment Earth and all our social media networks for the latest SDCC news.