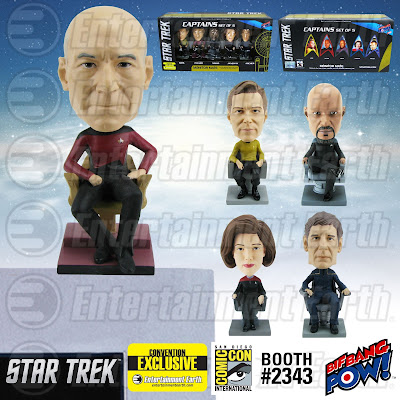 Each 4-inch scale miniature resin bobble head figure showcases a captain with their ship specific captain's chair that can attach to a computer monitor or flat surface via a non-damaging adhesive pad on the base. Set your monitor to stunning with this individually numbered and limited edition of 1,000 pieces.