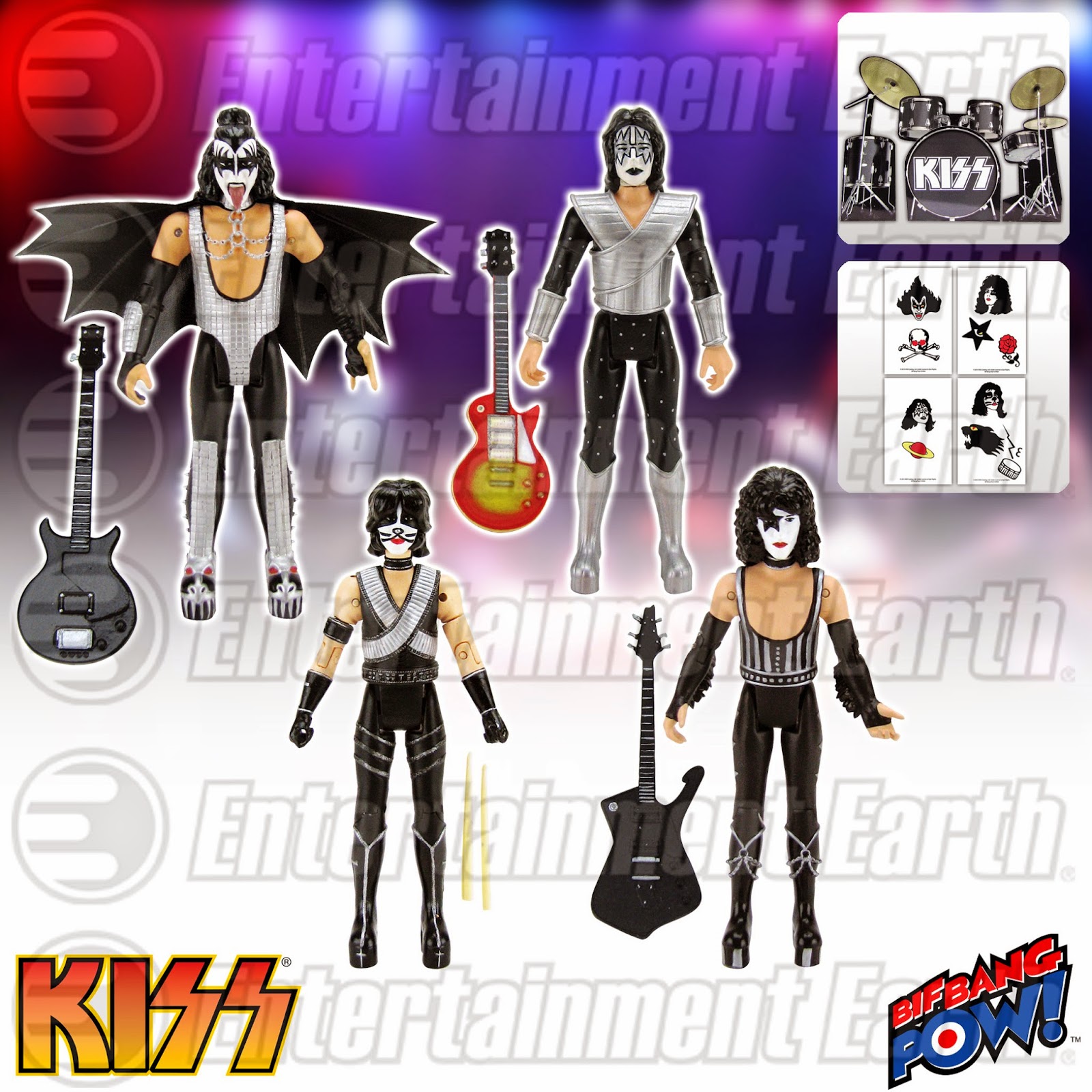 Collectors can now "pull the trigger" on owning one of the most popular rock bands of all time with the KISS Love Gun 3 3/4-Inch Action Figures Series 1 Set from Bif Bang Pow!, available now for pre-order at Entertainment Earth! (Item # BBP29100AA)

If that wasn’t enough, Bif Bang Pow! is also excited to reveal a first look at the packaging and dioramas for all four figures, as was also exclusively announced at Action Figure Insider and EE News!

For the first time ever, you can "rock and roll all nite" with the Demon, Starchild, Spaceman, and Catman in 3 3/4-inch action figure form! This incredible set features each KISS band member in character-specific clothing from the Love Gun album, along with his own signature instrument accessory. 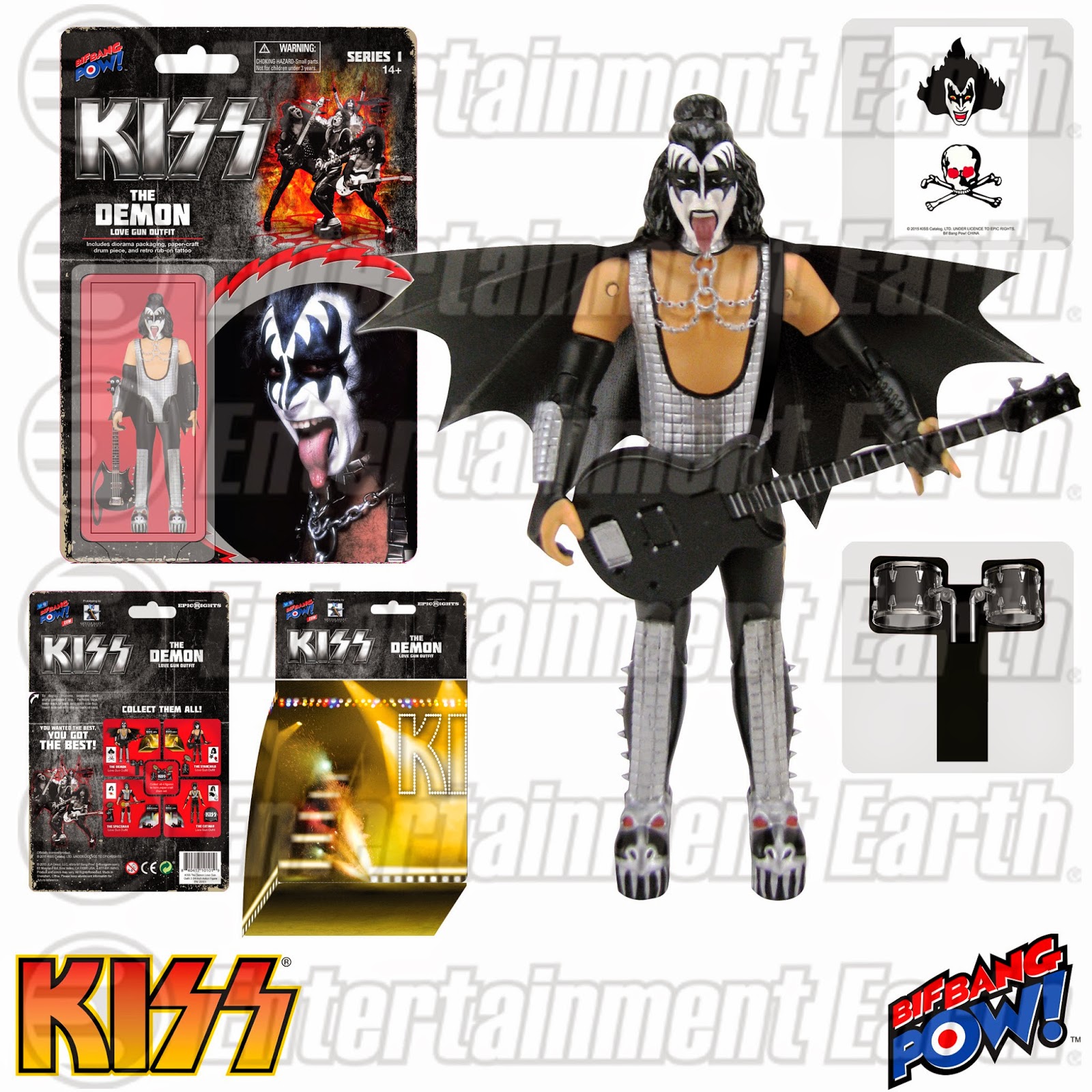 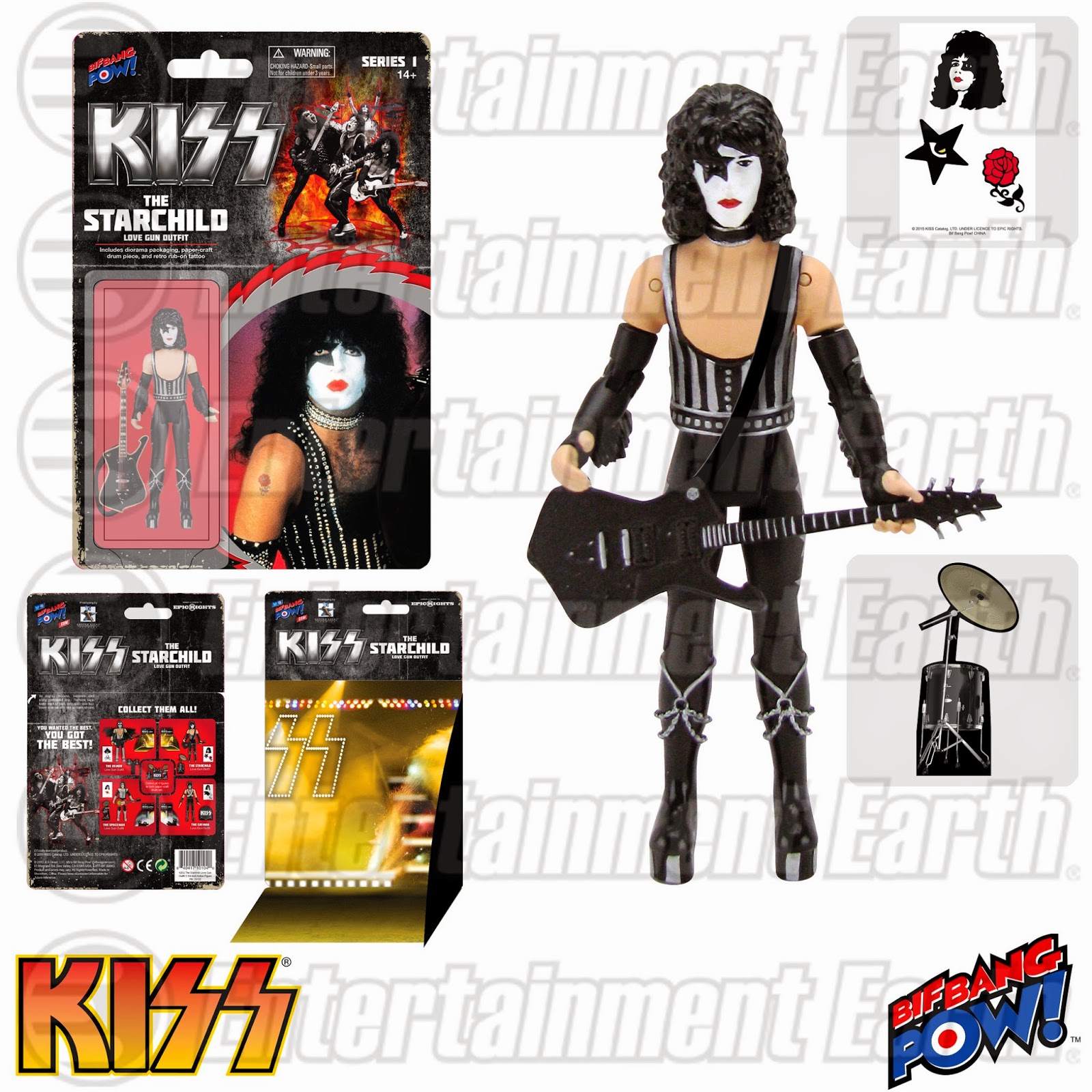 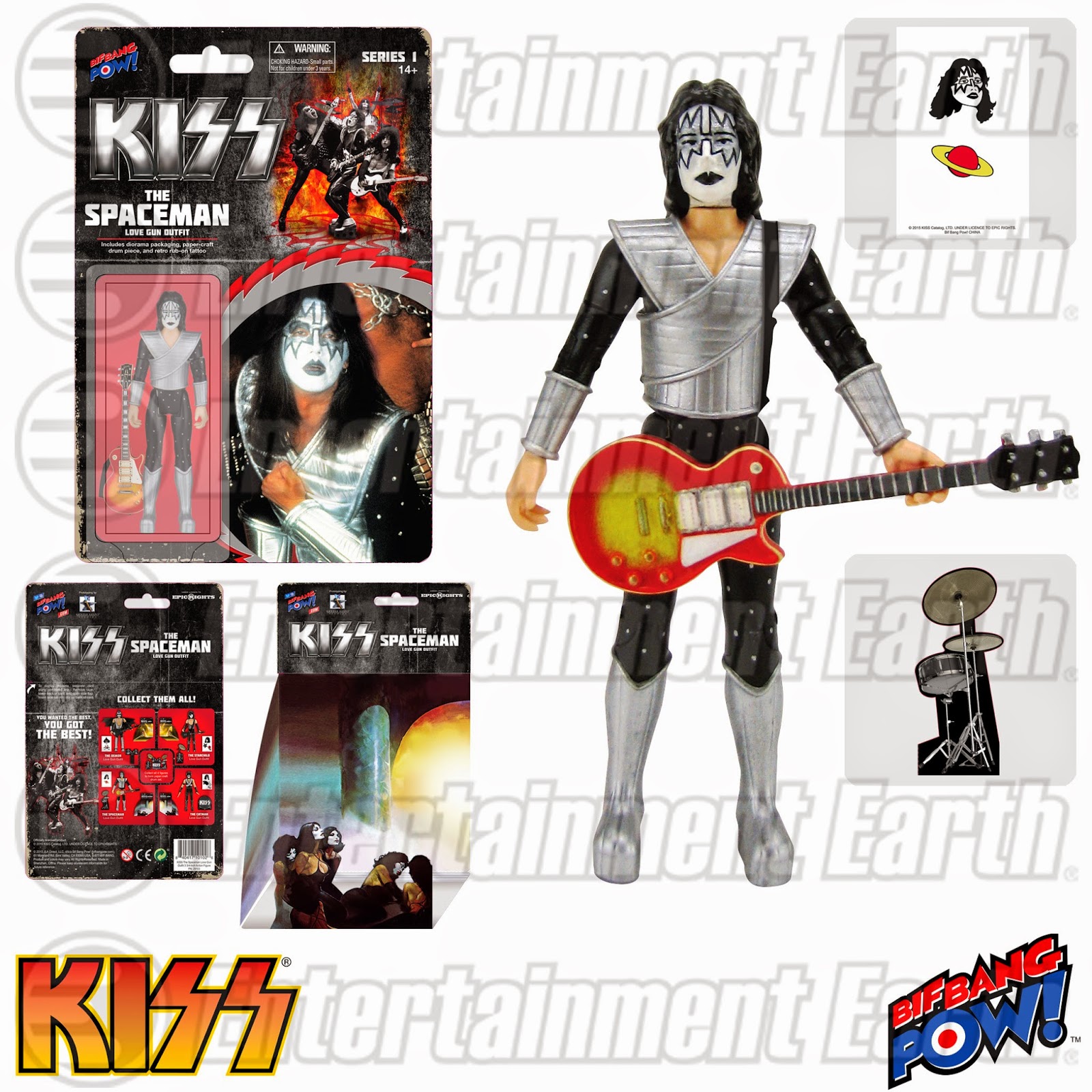 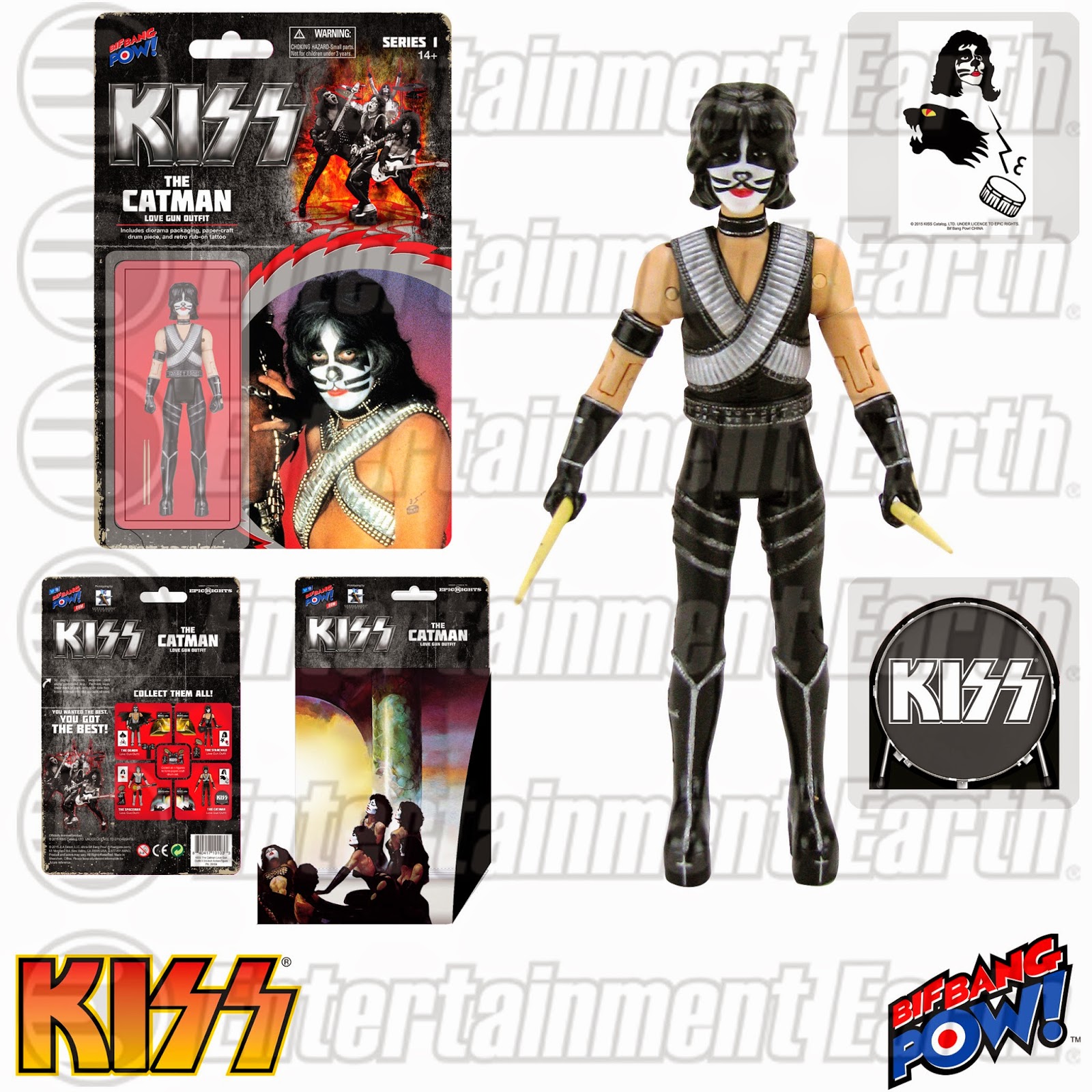 Each exceptionally detailed figure was prototyped by Gentle Giant to capture every costume and likeness detail. They all feature 11 points of articulation and come in their own individual full-color diorama packaging that folds out from the back to form half of a KISS stage display piece! The Demon and Starchild's packaging combine to form one of the band's iconic stages, while the Spaceman and Catman's diorama packaging forms the other. Each figure also includes character-specific temporary tattoos and a unique paper-craft drum set piece. The four paper-craft pieces join to form a full KISS drum set! 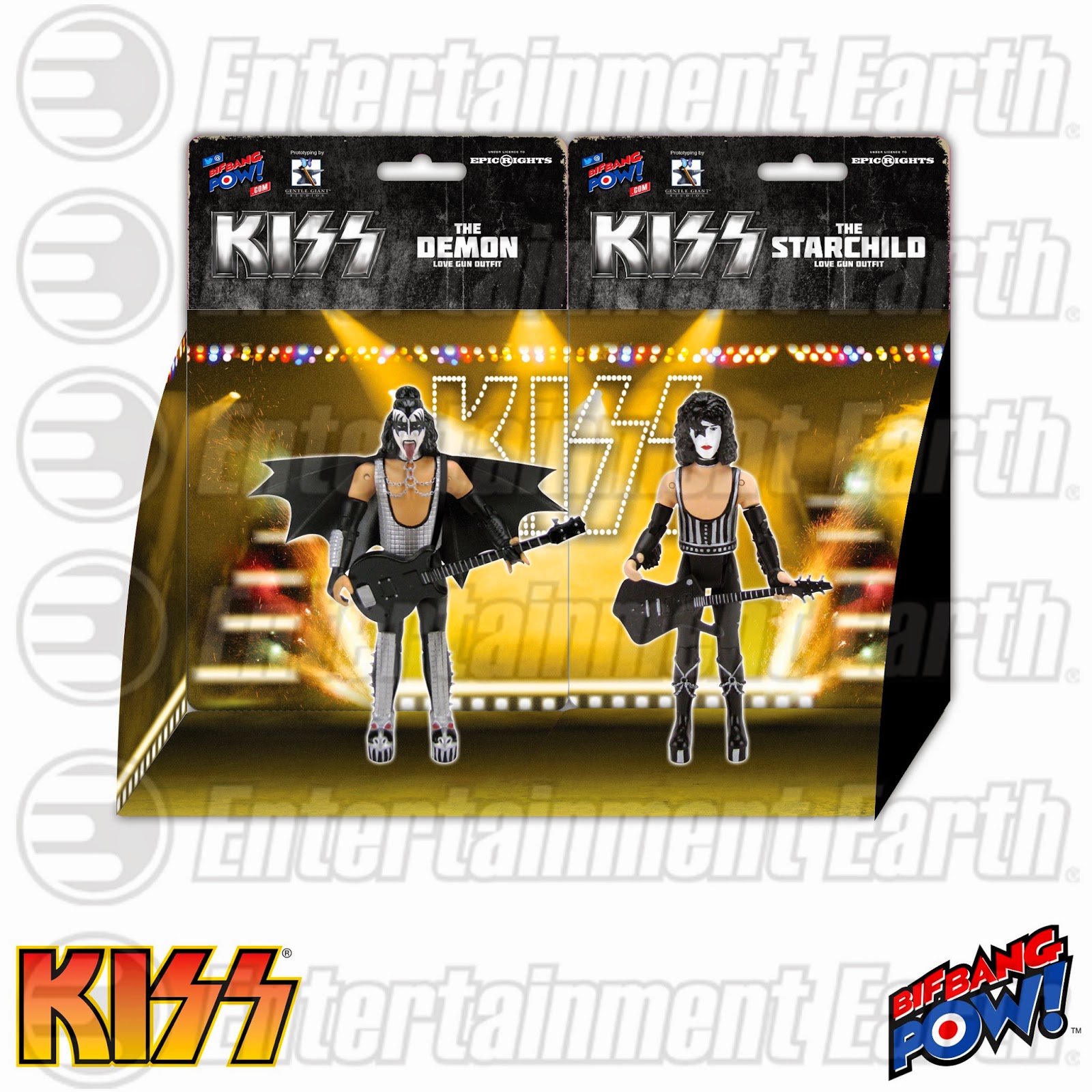 FIRST LOOK: The Demon and The Starchild figures seen with their diorama packaging that fits together to form a KISS-themed stage. 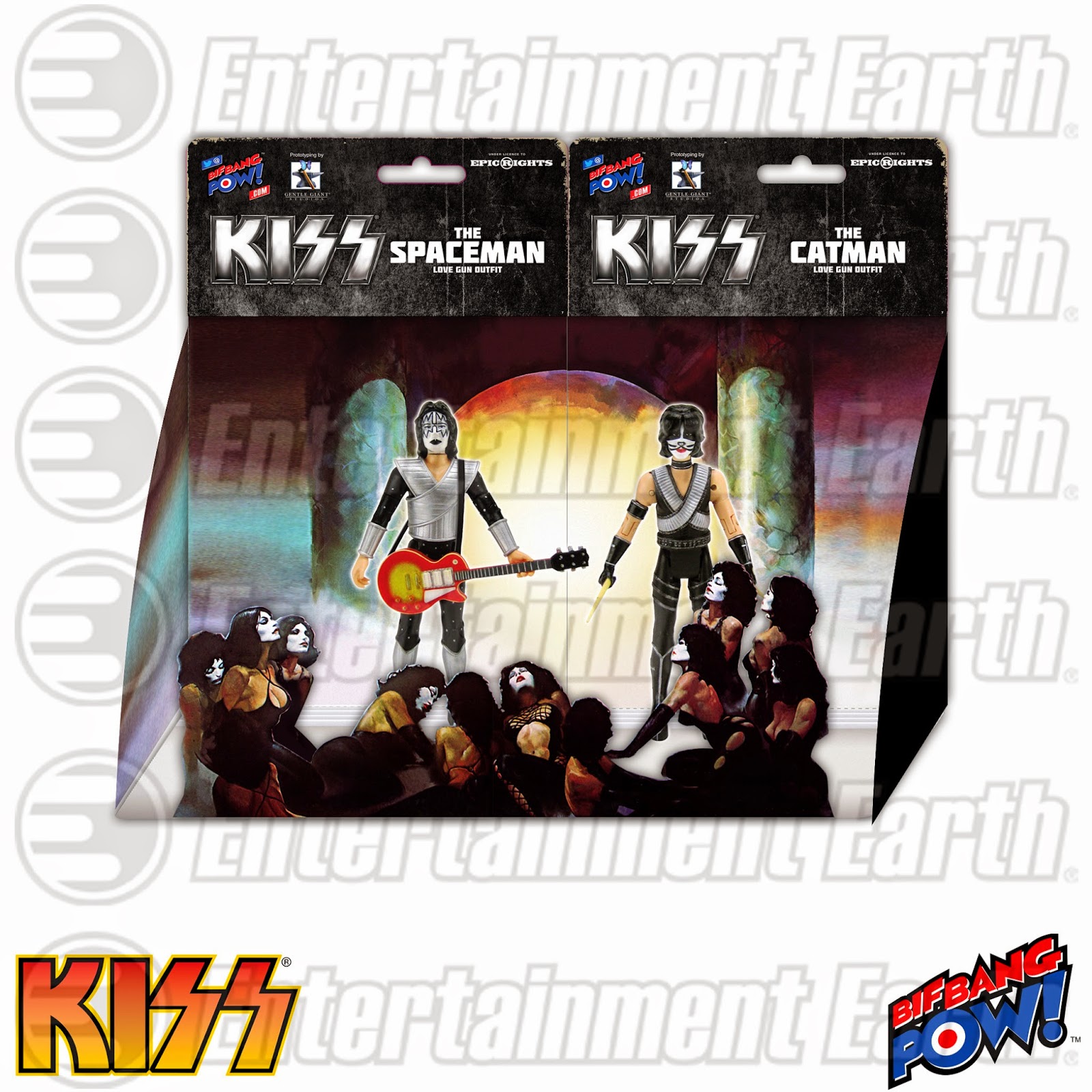 FIRST LOOK: The Spaceman and The Catman rocking out to members of the KISS Army, thanks to their diorama packaging that fits together to form a second KISS-themed stage.