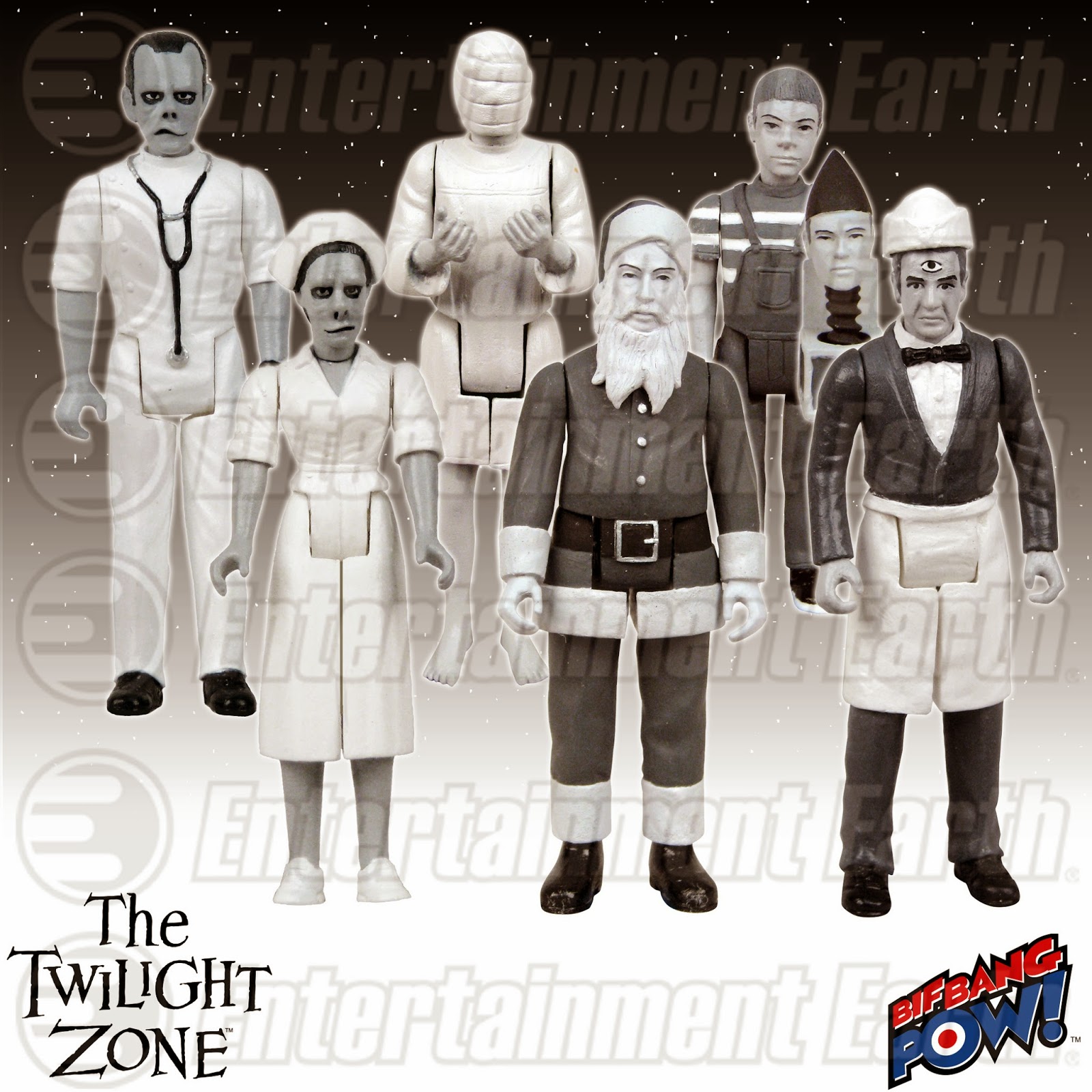 You're traveling through another dimension, a dimension not only of a sight and sound, but of action figures! For their 10th Anniversary celebration, Action Figure Insider just featured our incredible limited edition assortment of The Twilight Zone 3 3/4-inch scale action figures Series 2, available now for pre-order through Entertainment Earth!

Each highly detailed figure features five points of articulation: head, neck, shoulders, and hips. All figures and their packaging capture the retro styling in full black-and-white to match the broadcast of the original television series. Series 2 is a limited edition release, and every figure is sold separately and individually carded and numbered. If that isn’t enough, some of the figures also include accessories!

Series 2 of Bif Bang Pow!'s The Twilight Zone 3 3/4-inch action figures is made up of the following: 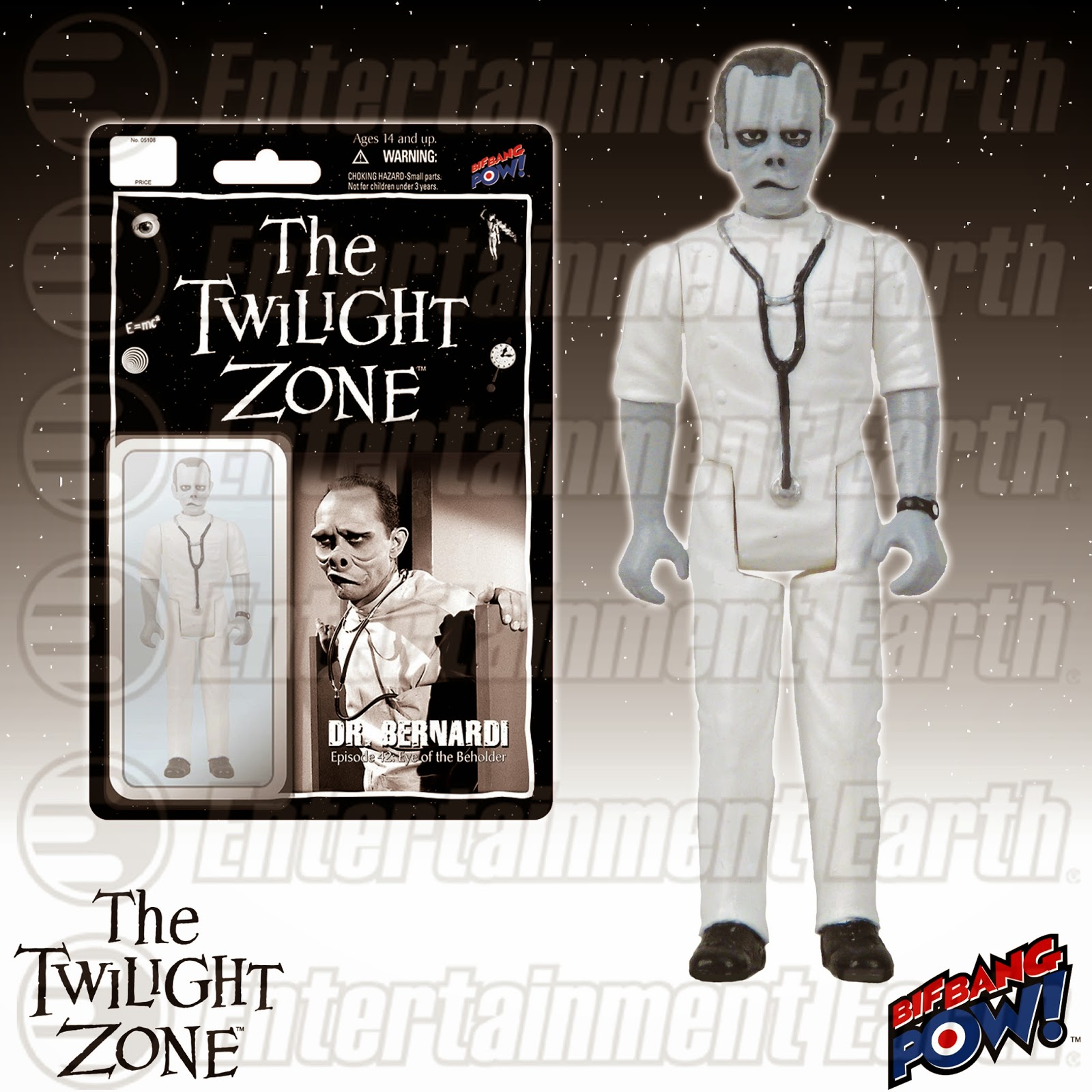 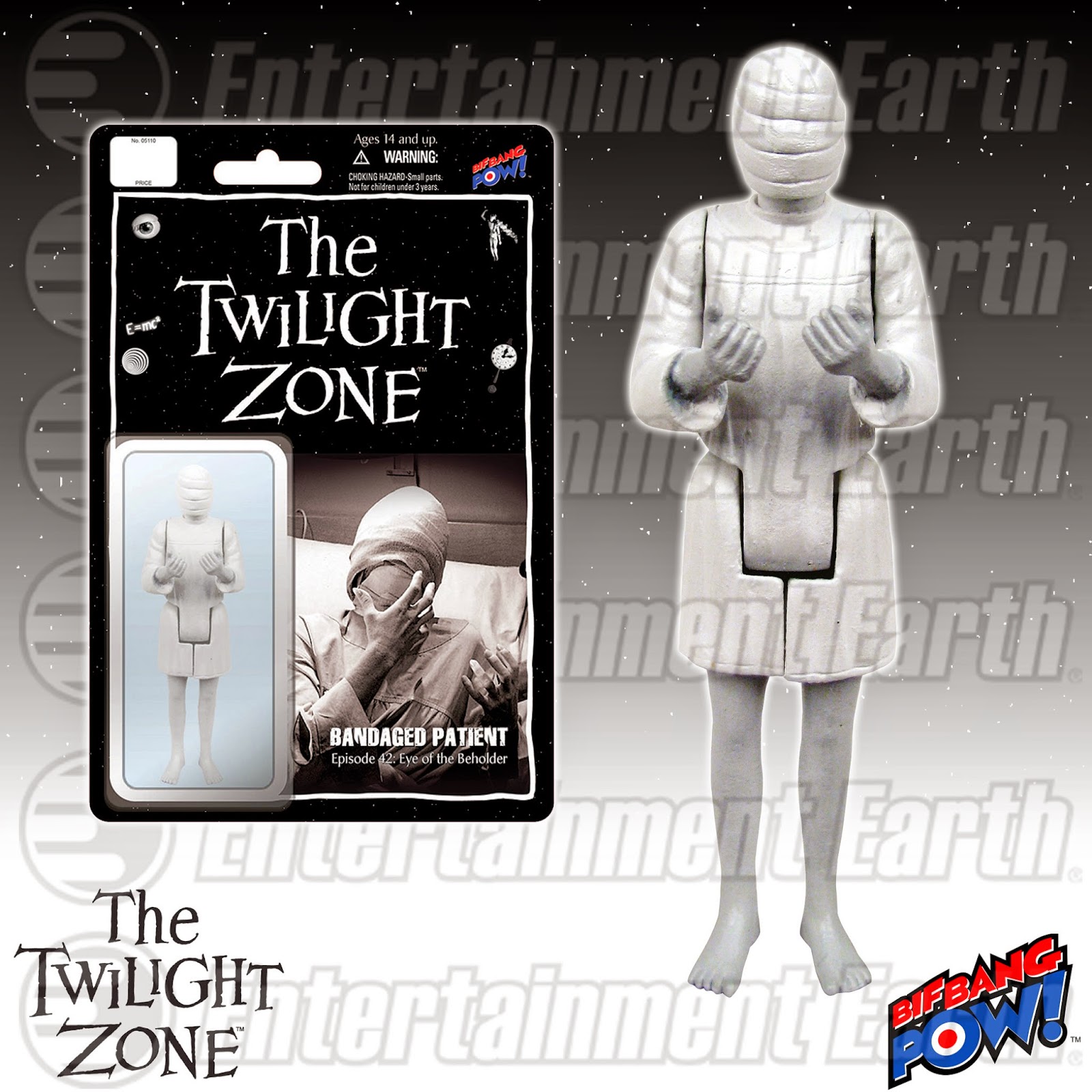 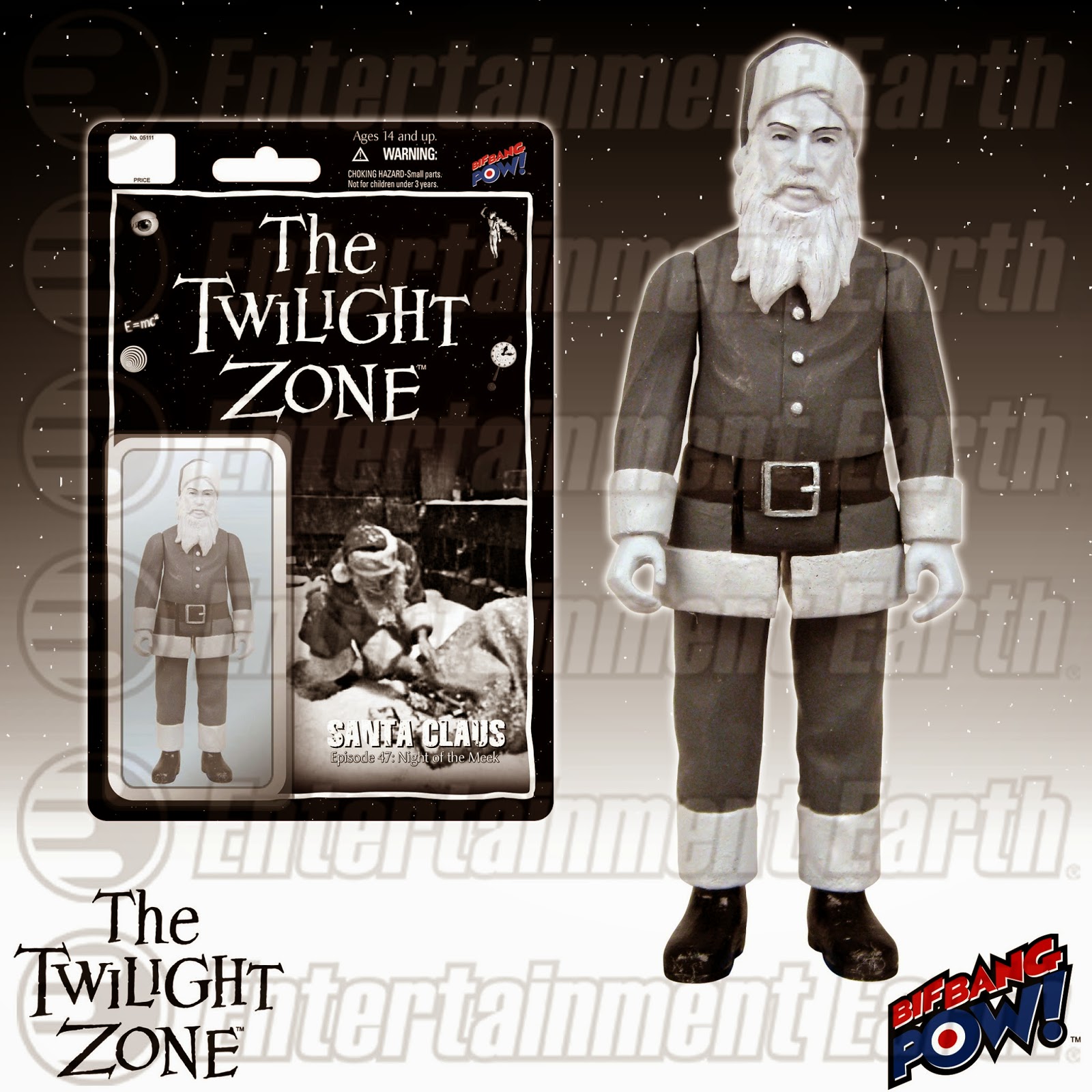 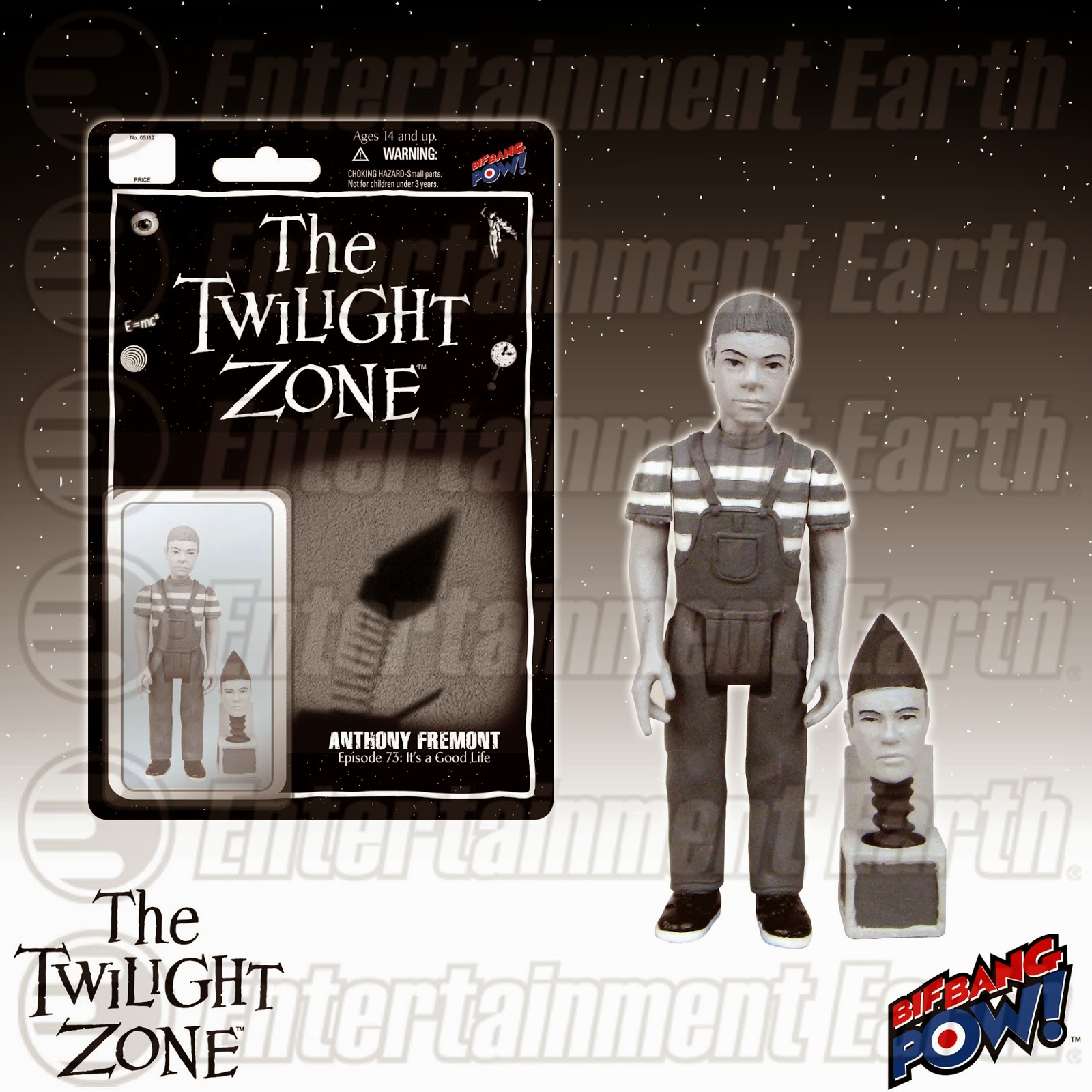 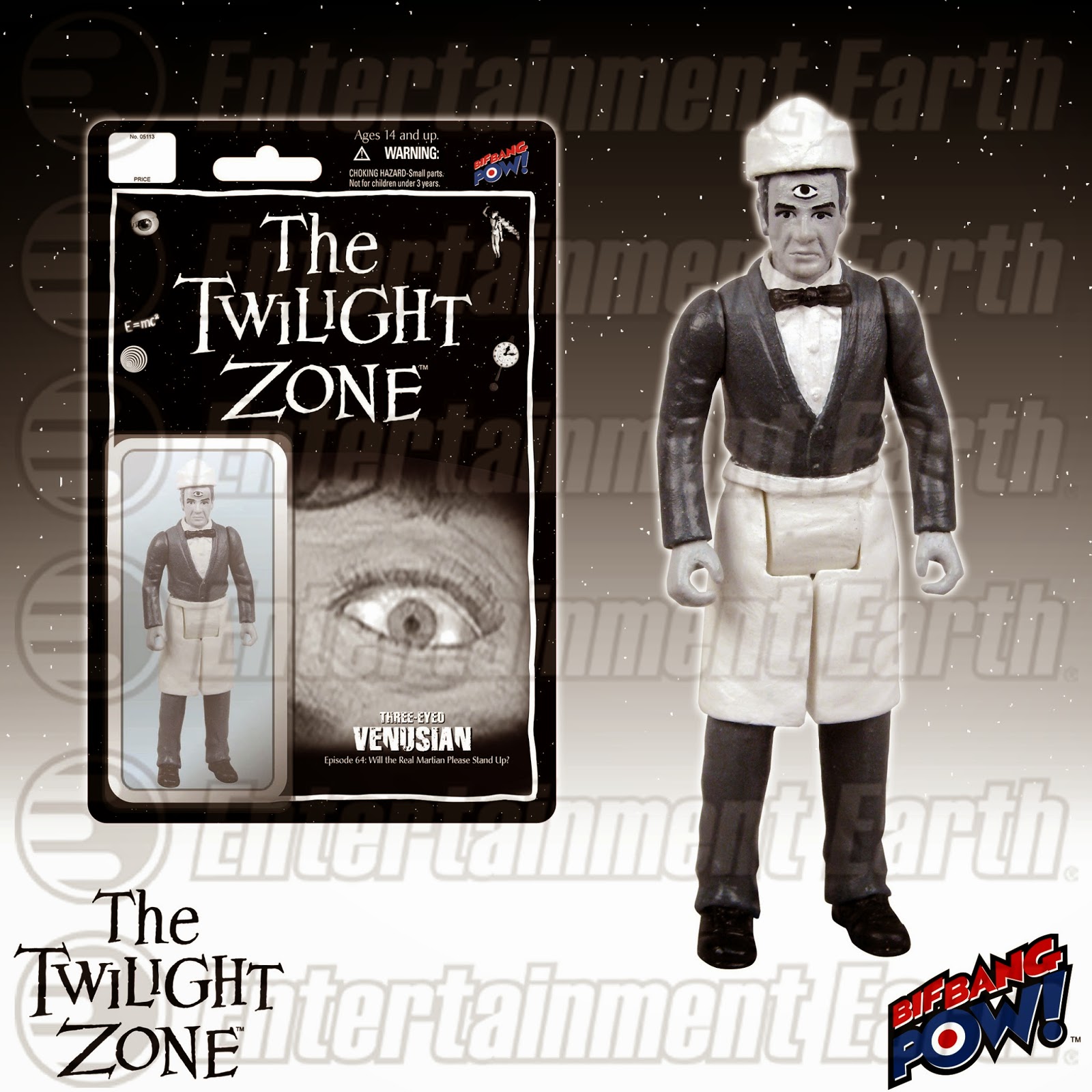 - The Three-Eyed Venusian with his signature diner hat from Season 2 Episode 28 "Will the Real Martian Please Stand Up?"  (Item # BBP05113)

"You're traveling through another dimension, a dimension not only of sight and sound, but of mind. A journey into a wondrous land whose boundaries are that of imagination. That's the signpost up ahead. Your next stop… the Twilight Zone." (Spoken by Rod Serling at the beginning of each The Twilight Zone episode.)
Action Figure Insider AFI Anthony Fremont Bandaged Patient Dr. Bernardi Nurse Santa Claus The Twilight Zone Venusian