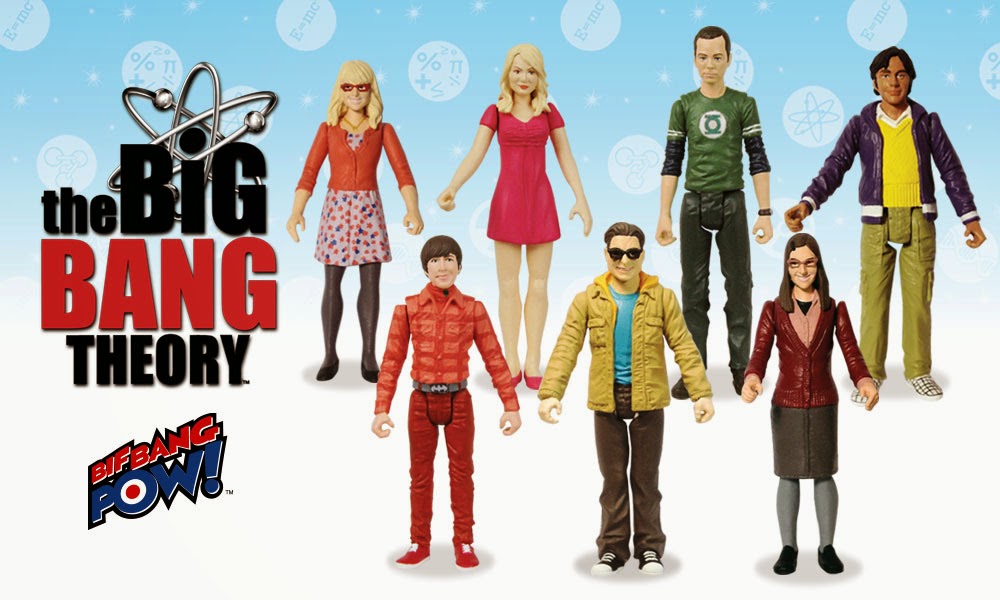 Once you hear all the details, you’re going to want each and every one! These figures are fashioned from plastic and feature multiple points of articulation. Each character comes in unique, full-color packaging that turns into a diorama, complete with pop-up features. This packaging creates the perfect display piece for collectors and allows you to recreate popular scenes from the show!

Available in this line are 10 individual figures. Sheldon, Leonard, Howard, Raj, Penny, Bernadette, and Amy Farrah Fowler are coming to you! But that’s not all because Sheldon is available in 4 different variants with shirts featuring his 4 favorite superheroes.