- November 10, 2014
The first-ever action figures for "The Ambiguously Gay Duo's" Ace and Gary are finally here!

These retro-style Saturday Night Live Ambiguously Gay Duo 8-Inch Action Figures from Bif Bang Pow! are right out of Saturday Night Live and the hilarious cartoon that never would have made the cut on Saturday morning. Order these crime fighters today! Ages 18 and up.

Ace and Gary stand about 8-inches tall in show-accurate "superhero" costumes fashioned of real cloth that include a bold "A" or "G" emblem on the chest, respectively. In a retro style reminiscent of popular action figures from the 1970s and 1980s, they also include multiple points of articulation and come packaged on a 4-color blister card. That's right, friend-of-friend!

Straight from Saturday Night Live, comes that crime fighting Ambiguously Gay Duo featuring friend-of-friends Ace, voiced by Stephen Colbert, and Gary, voiced by Steve Carrell, saving the city from a bunch of gawkers that can't take their eyes off them! Created by Robert Smigel and character designs by J.J. Sedelmaier, this hilarious cartoon would never have made the cut on Saturday morning.

"Live from New York, it's Saturday Night!" NBC's Saturday Night Live is an intensely entertaining mix of comedy and action on American late-night TV. For over three decades, SNL's sketches, celebrity guests, and current-events humor have wowed audiences into the wee hours. 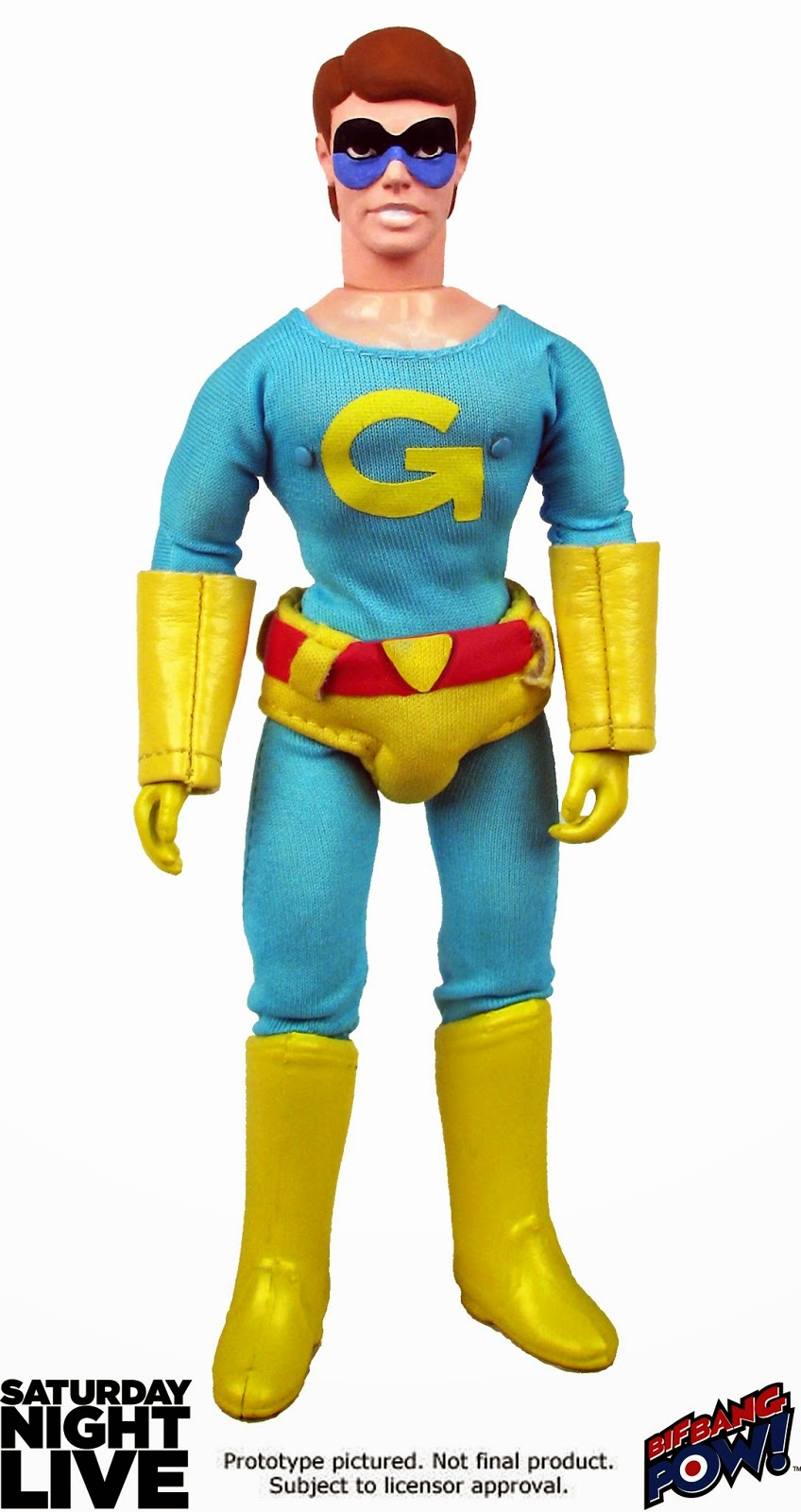 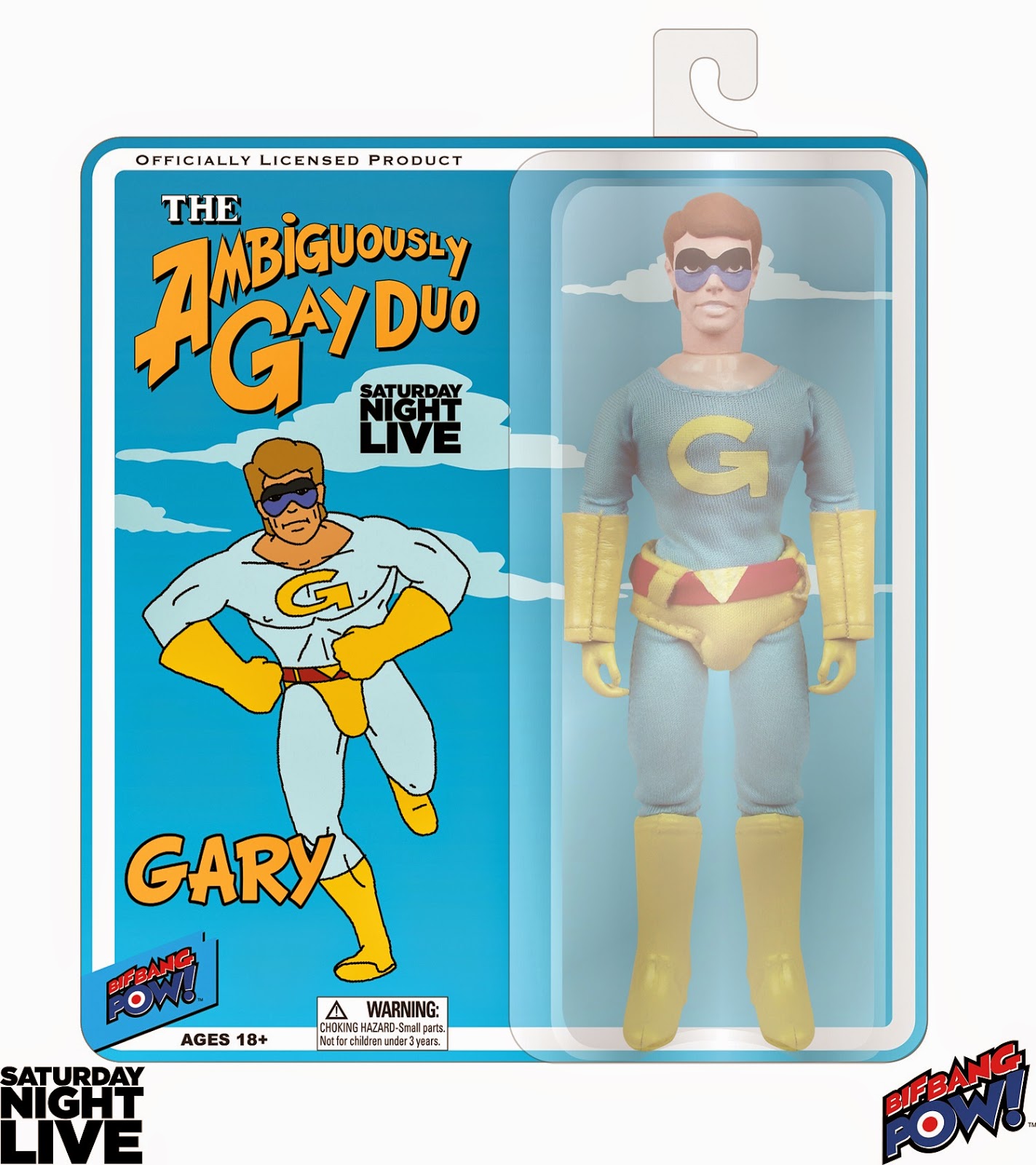 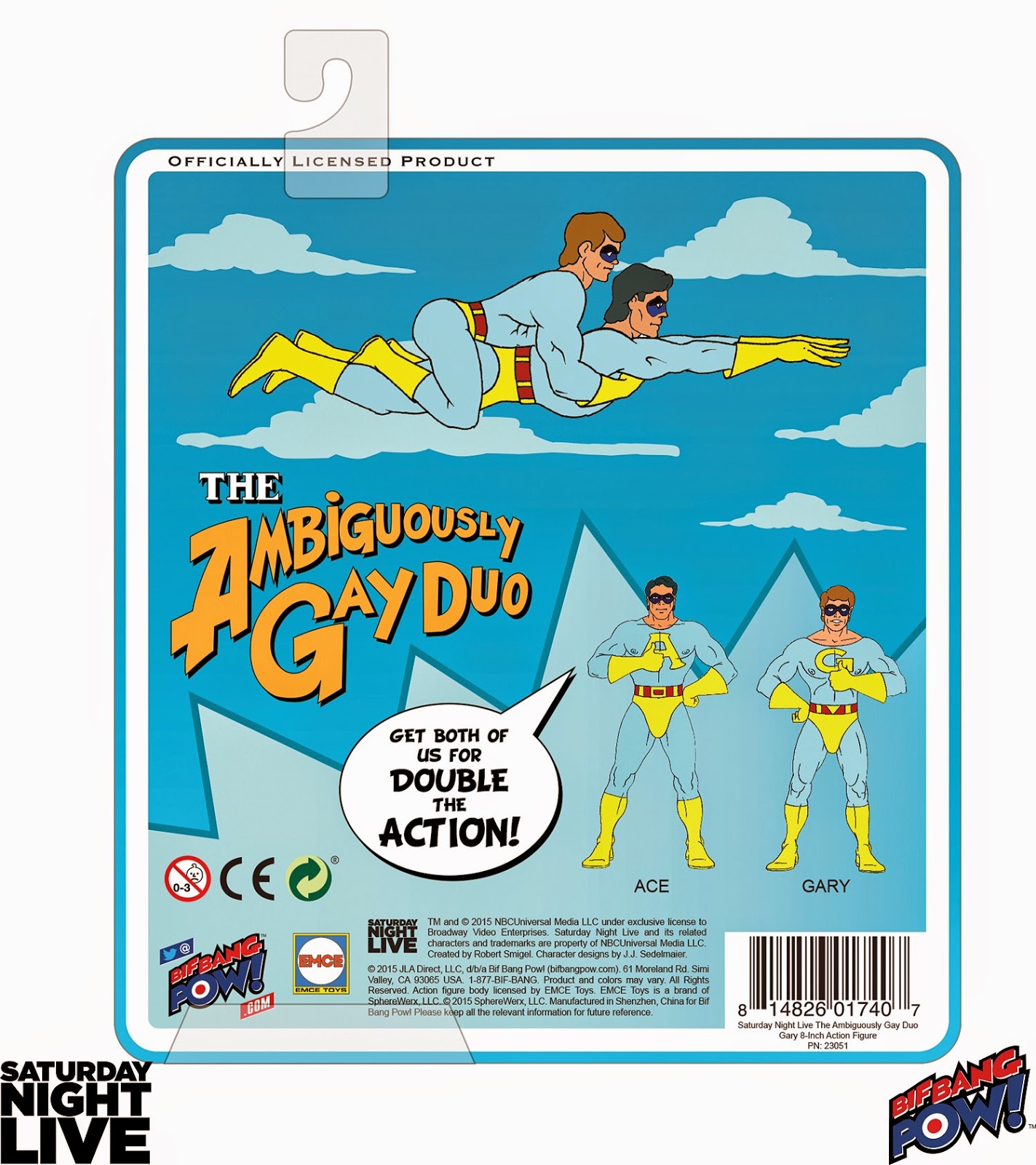 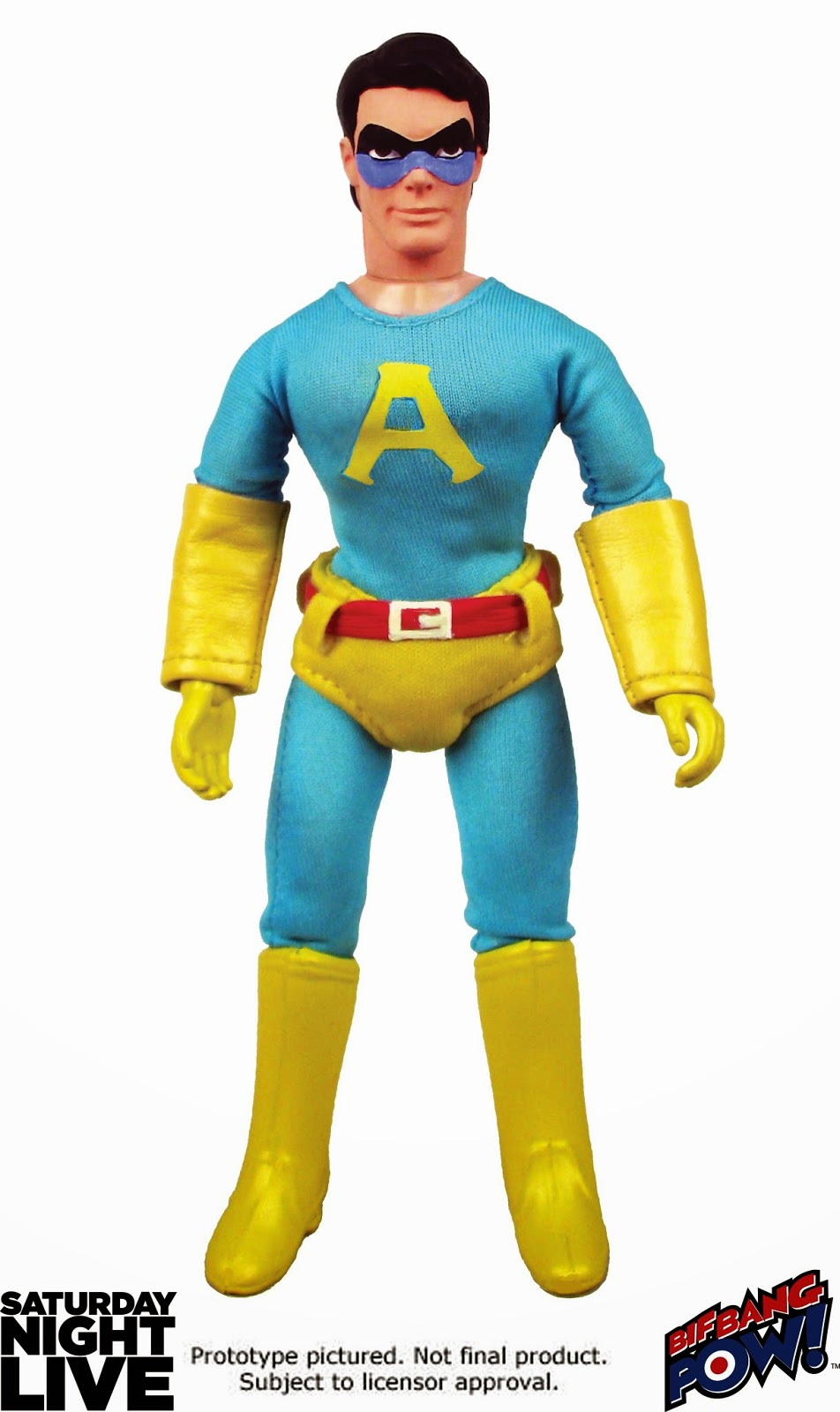 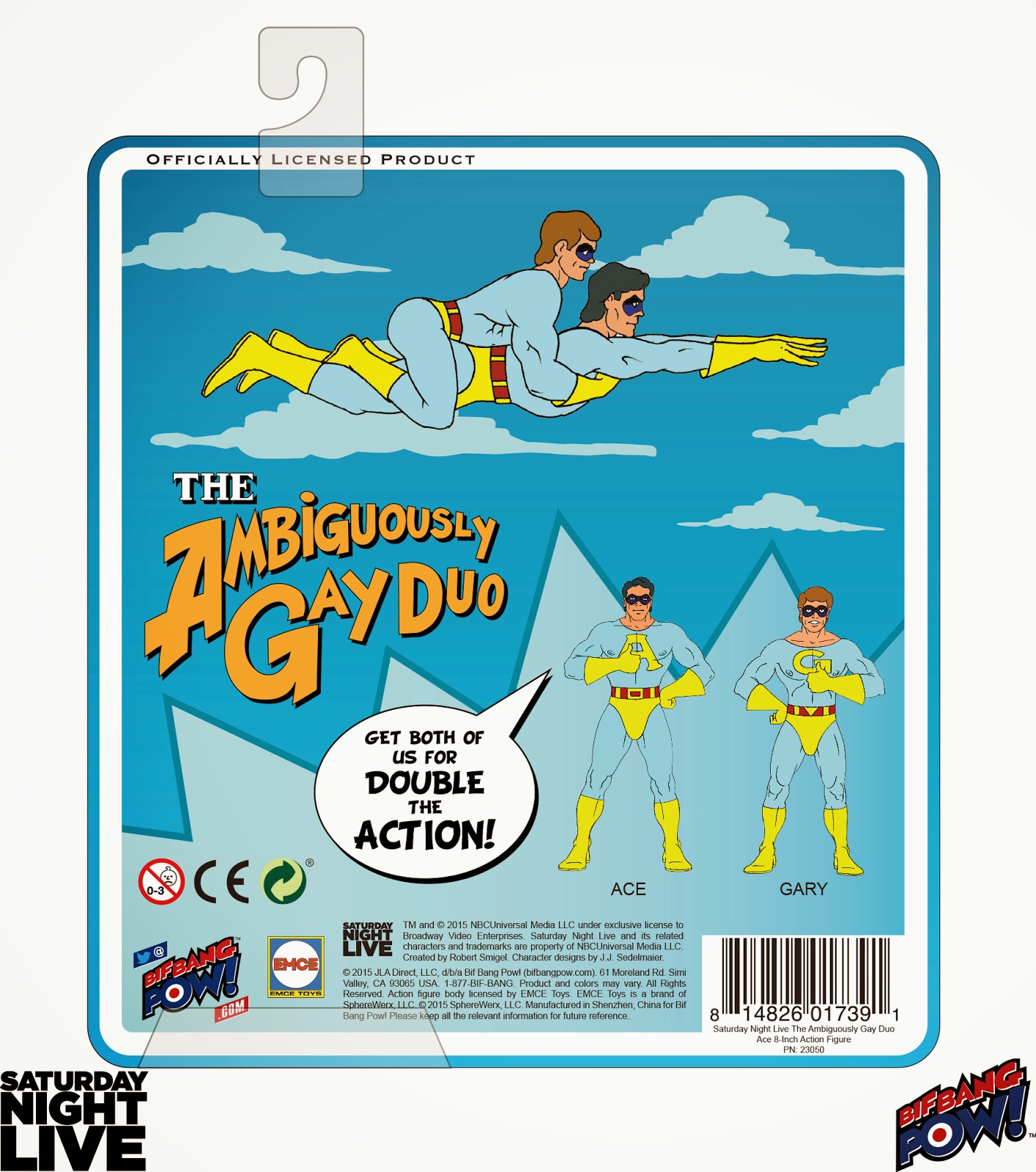