- October 23, 2014
Beamed directly from Bif Bang Pow!, Get your Star Trek II: The Wrath of Khan Uhura Bobble Head in her red Starfleet uniform right here! In 7-inch scale on a delta-themed base, it's fashioned of resin and presents the U.S.S. Enterprise's Commander Uhura just as you remember her. Order yours right away!

One of the largest cult phenomena of our time, Star Trek is a science-fiction entertainment franchise based on a fictional universe created by Gene Roddenberry. It includes a multitude of television series, movies, video and computer games, novels, and more depicting an optimistic future in which mankind has risen above past frailties and vices to unite with other intelligent species in the galaxy to explore the cosmos, discover new worlds, and encounter new civilizations - "To boldly go where no one has gone before!" 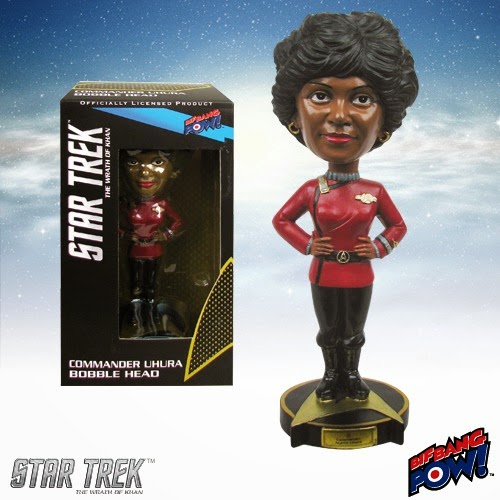