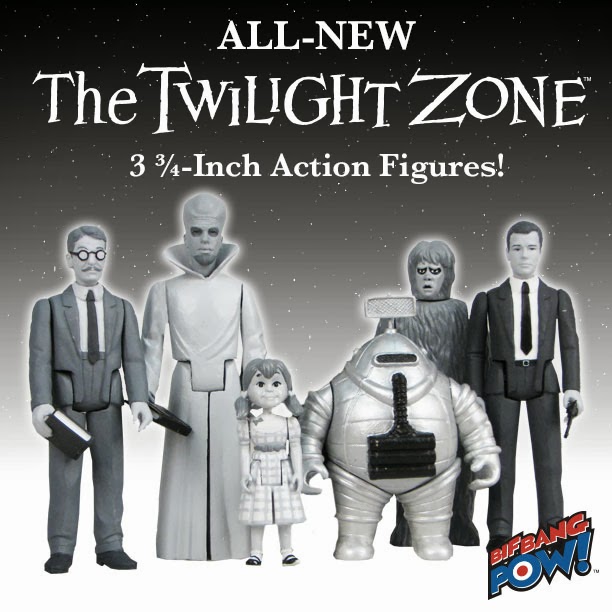 About Bif Bang Pow!
Bif Bang Pow!™ (bifbangpow.com) produces first-rate collectibles for such popular properties as Star Trek™, Dexter®, The Big Bang Theory™, Saturday Night Live™, Adventure Time™, Regular Show™, Penny Dreadful ™, The Venture Bros.™, The Six Million Dollar Man™, Battlestar Galactica™, NCIS™, and The Twilight Zone™. Founder Jason Lenzi is a seasoned television producer and the ultimate fan of cultish pop culture. So when he created his company in 2005, he took the fan's perspective. His idea was to bring items to the marketplace that he himself would want to own. Cultivated from TV, movies, books, comics, music, and more, Bif Bang Pow!'s mission is to provide high-quality action figures, toys, and collectibles to the massive cult audience (and kids of all ages) that wishes these toys were already in their collection.

About ZICA Toys
ZICA Toys is a company with two goals in mind: to make high quality, retro style toys and action figures... and to have a lot of fun in the process. Craig Owen, the owner of ZICA Toys, grew up during the 70's spending countless hours playing with some of the best toys of that era. Trying to recapture the fun and excitement from those days is the primary reason why ZICA Toys was created.