New Dexter and The Twilight Zone

Dexter's dearly departed dad, Detective Harry Morgan, is back, in bobble head form, ready to nod approval to all of Dexter's Dark Passenger's desires. The bobble head from the popular Showtime TV series Dexter stands about 7-inches tall, with his name on the base, and bears an uncanny resemblance to the actor who played him, James Remar. Joining  him in bobble head form is his longtime friend, Deputy Chief of Miami Metro Thomas Matthews, played by Geoff Pierson. Matthews acted sometimes as a friend, sometimes as an antagonist, to Dexter and his sister, Debra Morgan. 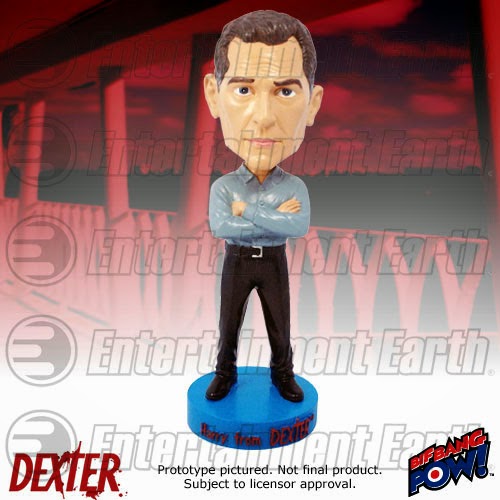 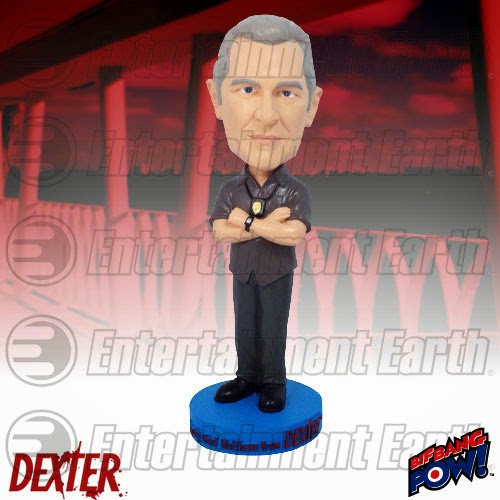 You may not believe this, but there's a gremlin ready to sit on your computer monitor! Bif Bang Pow! presents The Gremlin from the terrifying "Nightmare at 20,000 Feet" episode of The Twilight Zone. This ultra-creepy miniature bobble head is authentically designed and exactly painted in a glorious black-and-white motif, measures about 4-inches tall, and comes complete with a head that turns, the better to terrify airplane passengers on the other side of the window! Inspired by one of the most memorable scenes from the show, the remarkable resin bobbler attaches to your monitor via a non-damaging adhesive pad. You'll be having nightmares yourself if you let this maker of mischief get away from you! 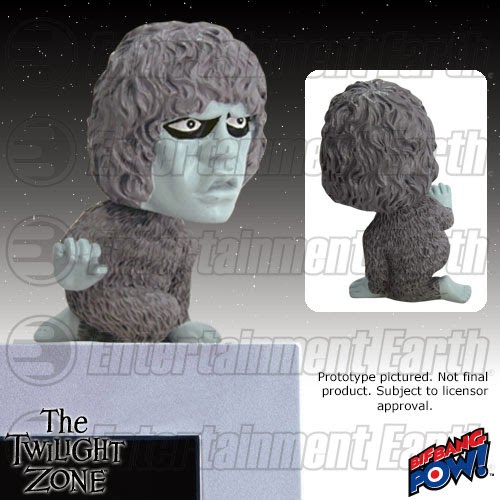 Interesting... he's just about the same size as he appeared in the show! This miniature bobble head comes from the memorable "The Invaders" episode of The Twilight Zone that starred Agnes Moorhead. It presents the Invader, a "tiny being from the tiny place called Earth," in resin at 4 1/2-inch scale and features a non-damaging adhesive pad that sticks him to your computer monitor. Won't you take him home? 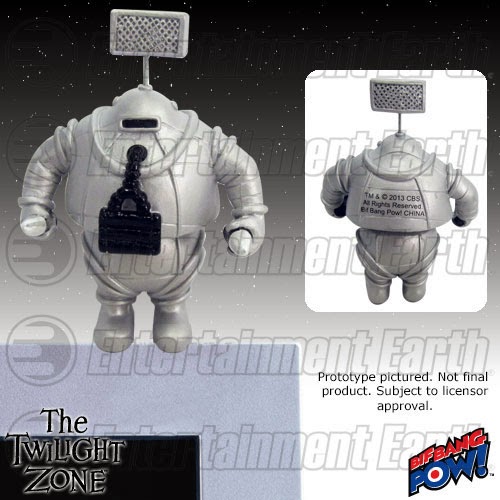