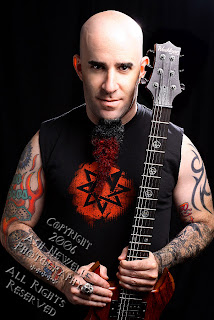 LOS ANGELES, CA – Scott Ian, co-founder and rhythm guitarist of the seminal heavy metal group Anthrax, just signed a licensing deal with toy company Bif Bang Pow! to produce action figures and bobble heads in his image. Following the company’s success with collectibles from films (The Big Lebowski and Flash Gordon: The Movie) and television (Showtime Network's Dexter), this marks BBP!’s first plunge into the world of rock and roll.

"I'm really excited to be working with Bif Bang Pow! on what is to be my first action figure," says Ian. "The same people that made the Lebowski figures want to make one of me. That's sick!!! No desk will be complete without one!"