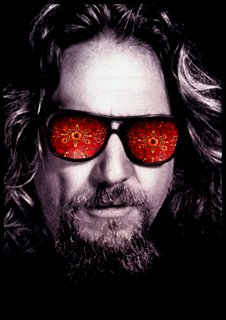 LOS ANGELES, CA – For the first time ever, The Dude is coming to toy stores! Bif Bang Pow! has signed an agreement with Universal Studios Consumer Products Group to create collectible action figures based on the 1998 hit film, The Big Lebowski. These 7-inch scale action figures of The Dude (Jeff Bridges) and Walter (John Goodman) are currently in development, and will be the first products to ship from Bif Bang Pow!. Figures are scheduled to arrive in stores this holiday season.

“We’re very proud to be working with Universal Studios to produce figures based on one of the finest movies from the Coen Brothers,” said Jason Lenzi, president and founder of Bif Bang Pow! “It’s great to be able to offer figures with the kind of attention to detail I’ve always wanted since seeing the movie. Between Walter’s gun, The Dude’s White Russians, and the rug, we’re aiming to give fans everything we can, and then some. We can’t wait for achievers worldwide to get their hands on their favorites.”

“I’m thrilled to see The Dude and Walter in plastic, and even more thrilled to reveal prototypes from this line at our Comic-Con International booth this July in San Diego,” said Jason Labowitz, president and co-founder of Entertainment Earth, Inc.

These limited edition action figures will be exclusively distributed through EE Distribution (www.eedistribution.com), a division of Entertainment Earth, Inc., and will be sold online at www.entertainmentearth.com and at other fine retailers throughout the United States.


About The Big Lebowski
When thugs break into L.A. slacker Jeff "The Dude" Lebowski's shabby apartment, stick his head in the toilet and ruin his favorite rug, he decides someone has to pay - for the rug at least. Especially when he realizes the gangsters have mistaken him for one of the richest men in town, a wheelchair-bound millionaire who also happens to be named Lebowski. So "The Dude" and his bowling buddies Walter (John Goodman), a devoutly Jewish Vietnam vet with a salty vocabulary, and Donny (Steve Buscemi), a pensive surfer, set out to solve a mystery that only seems to deepen as they uncover more clues. Along their uproarious journey they encounter Lebowski's sexy trophy wife (Tara Reid), an artist who paints in the nude (Julianne Moore), a flamboyant, trash-talking Hispanic bowler (John Turturro), a ruthless porn kingpin (Ben Gazzara) and a rapacious funeral director.

About Bif Bang Pow!
Bif Bang Pow! founder Jason Lenzi is the ultimate fan of cultish pop culture. So when he created his company in 2005, he took the fan’s perspective: His idea was to bring items to the marketplace that he himself would want to own. Cultivated from TV, movies, books, comics, music, and more, Bif Bang Pow’s mission is to provide high-quality action figures, toys and collectibles to the massive cult audience (and kids of all ages) that wished these toys were already in their collection. Bif Bang Pow! is a unit of JLA Direct, LLC.